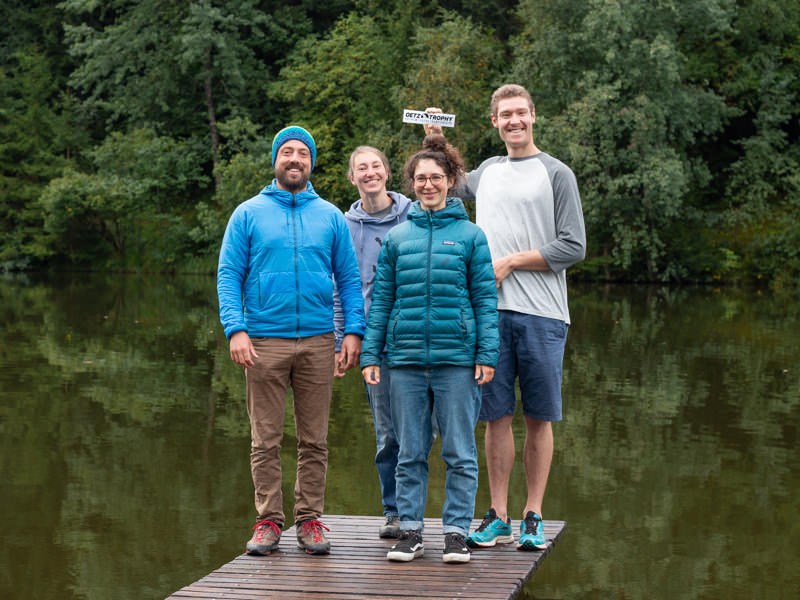 We, the team of the SOURCE TO SEA kayak school, decided about two years ago to bring extreme kayak racing back to the Ötztal. The Ötztaler Ache is our home river, we spend every autumn in the Ötztal valley, and we think that the Wellerbrücke section deserves to have a race because it is so beautiful! After extensive brainstorming, numerous discussions with athletes and the important players in the Ötztal, we quickly realised that if we wanted another race to happen on the Wellerbrücke, then we would have to organise it ourselves.

So the team, consisting of Luca, Bernie, Marieke and Anne (sorted by size), have been working non-stop for quite some time now to organise the event. One thing was clear to us from the very beginning: the OETZ TROPHY should be an event organised by kayakers for kayakers. We want to develop the race further and already have big plans for future races, however, in order not to overextend ourselves, we have decided to keep things simple for this year. The race track won’t differ significantly from the old familiar race track. Likewise, the date for the race was intentionally set for the beginning of October, so that for planning purposes, we could be as certain as possible on what the water level will be.

Next year, the race course and the date might change, but more on that after the successful first edition of the OETZ TROPHY – Extreme Kayak Championships.

Luca Daprà brings a lot of experience with him – in organising kayak races, in white water and on safety issues. Having grown up in canoe slalom, Luca has been fully focused on whitewater sports for many years. He gives kayak courses, specialising in technique, river running and safety in white water and on the side, he is active in mountain rescue and is an accomplished alpinist.

Bernie Steidl is good at starting projects. One of his bigger ones was the founding of SOURCE TO SEA in 2009. Besides kayaking and giving courses, he is fortunately also very good at making phone calls to authorities.

Anne Steinkogler supports the organisation of the OETZ TROPHY with her talent for graphic and communication work – without her you would never have seen us. We are very grateful that we can still send her work orders at half past eleven in the evening.

Marieke Vogt usually disagrees, but she is still allowed to be part of the team. If the homepage has a bug, she probably put it in. She is also organising the Rivers Day, which will take place on Sunday. 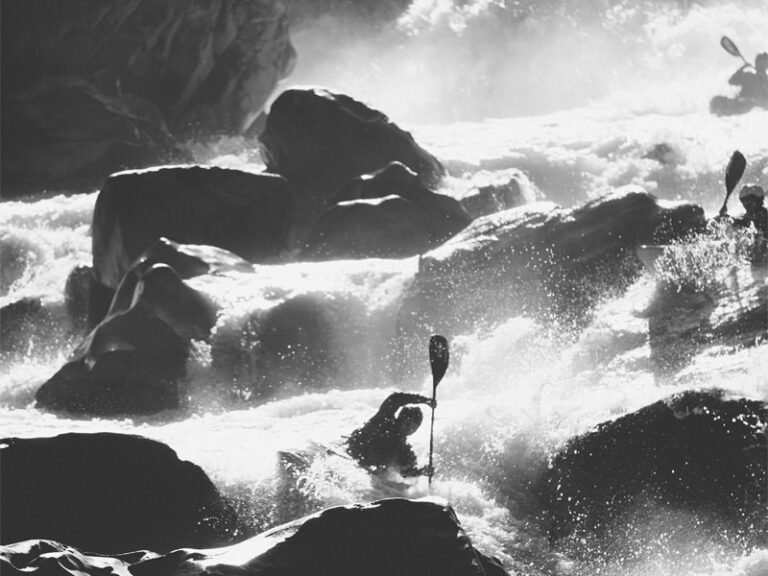 Our official homepage is now available and provides you with all important information about the OETZ TROPHY – Extreme Kayak Championships. The preparations for the OETZ TROPHY 2021 are already in full swing and we are happy that from now on there will be an extreme kayak race in the Ötztal every autumn. 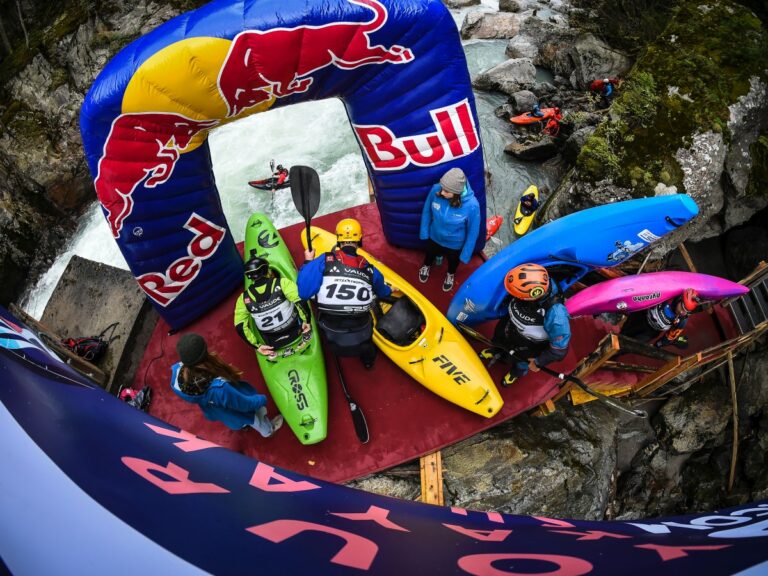 The finals day of the OETZ TROPHY – Extreme Kayak Championships will be livestreamed again this year. And this time it will be even more exciting! In addition to live timing and the frequent fade-in of the interim standings, there will even be an intermediate time (directly after the TNT cataract). The most comfortable way…

The extreme kayak championships are back in Ötztal! The Wellerbrücke, the steep and imposing section of the mighty, glacier-fed Ötztaler Ache in Tyrol, will finally be the venue of an extreme kayak race again in 2021. At the first edition of the OETZ TROPHY – Extreme Kayak Championships, a total of 130 athletes from all…

Do you already know where you’ll be staying for the OETZ TROPHY? There are many possibilities in the Ötztal including several campsites, holiday flats, hotels and guesthouses. The easiest way to find accommodation is via the homepage of Oetztal Tourismus. The site is easy to navigate and you can find what you are looking for… 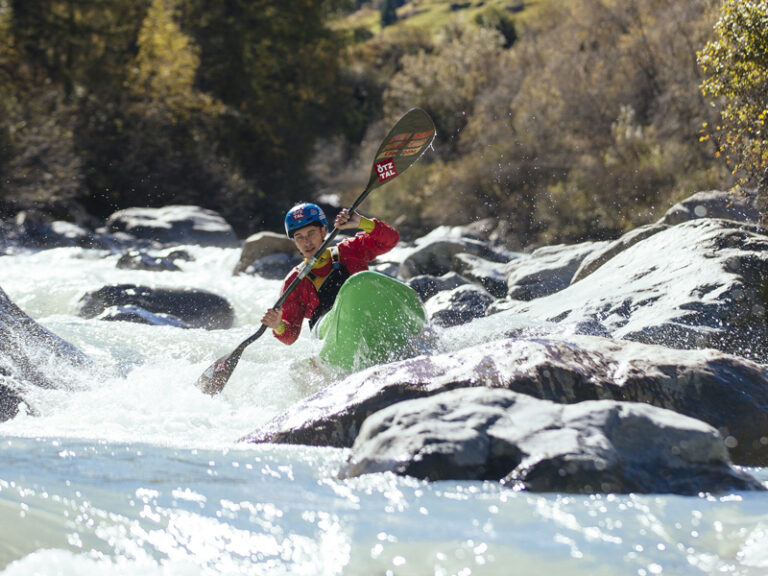 Mountain summer in Oetztal: Discovering something new. Find yourself. The Oetztal is 65 kilometers long. Four different climatic zones can be found, from the mild entrance to the valley with its orchards and vineyards up to the ice and rock scenery of the three-thousand-meter peaks. The landscape is diverse and unique, a habitat where everything… 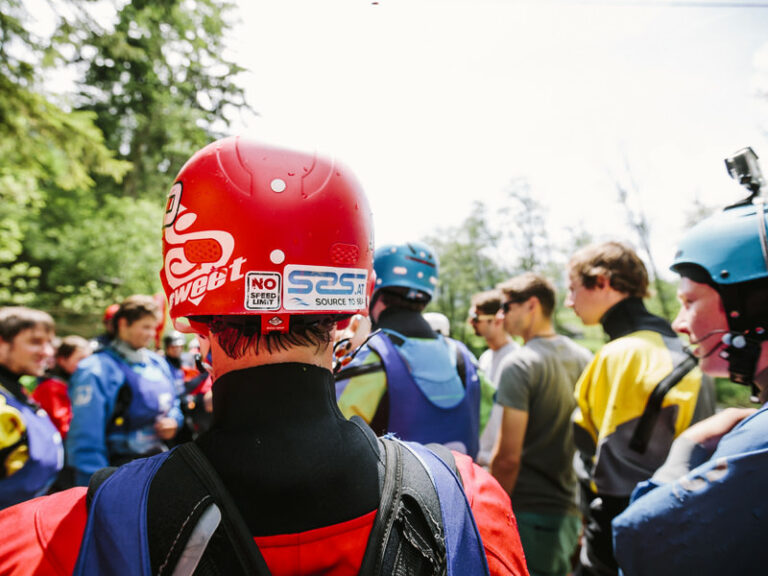 Are you planning to come to the OETZ TROPHY 2021 as a spectator? Then read this article carefully, as there are a few things to keep in mind. You have probably already guessed that due to the Corona Pandemic we have to follow some special rules and apply some specific measures which we have summarised…